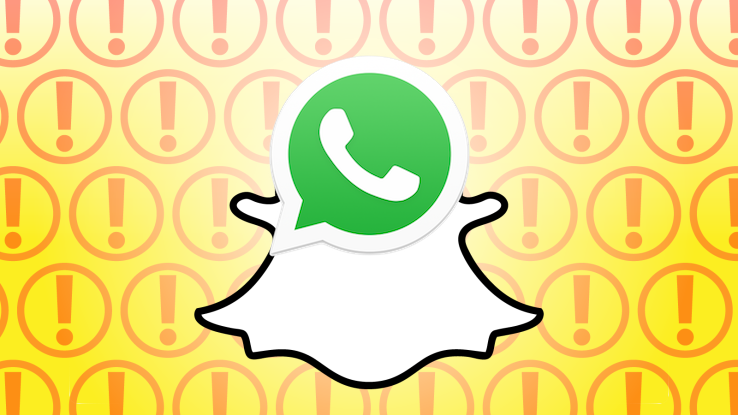 Facebook is winning the race to bring Snapchat’s Stories format to the rest of the world before its originator. WhatsApp Status, its version of Snapchat Stories, now has 250 million daily active users. That’s despite it being relegated to a secondary dedicated tab in the app, opposed to being front and center on the home screen like Instagram Stories which also now has over 250 million users.

Snapchat by comparison only has 166 million daily users of its entire app. That include Snapchat’s private messaging feature that benefits from “Streaks” which uses gamification and emoji badges to incentivize friends to send at least one Snap back and forth each day.

All that engagement with Stories, voice and audio calls, and its core of text messaging has driven WhatsApp to 1 billion total daily users and 1.3 billion monthly users. That means a remarkably high 76% of WhatsApp’s monthly users come back daily. WhatsApp users now send over 55 billion messages per day, including 4.5 billion photos and 1 billion videos.

Mark Zuckerberg announced the 250 million metric update during today’s successful Q2 2017 Facebook earnings call, and in a stats update on his Facebook profile. That’s up from 175 million, which Zuckerberg revealed 3 months ago on Facebook’s previous earnings call. He says that Facebook and WhatsApp are now building out teams to monetize their messaging apps. WhatsApp Status could be a natural home for vertical video ads just like the ones thriving on Instagram.

WhatsApp CEO Jan Koum followed up with his own blog post of stats, concluding that “As we celebrate this milestone, we’re committed more than ever to bringing you more useful features to enjoy, while delivering the reliability, simplicity, and security you expect with WhatsApp.”

The rapid global growth of WhatsApp Status in the first 6 months since it launched in February demonstrates that Snapchat left a huge market open for exploitation by focusing on U.S. teens instead of kids all around the world