The 10 Unmistakable Habits of Irresistible People 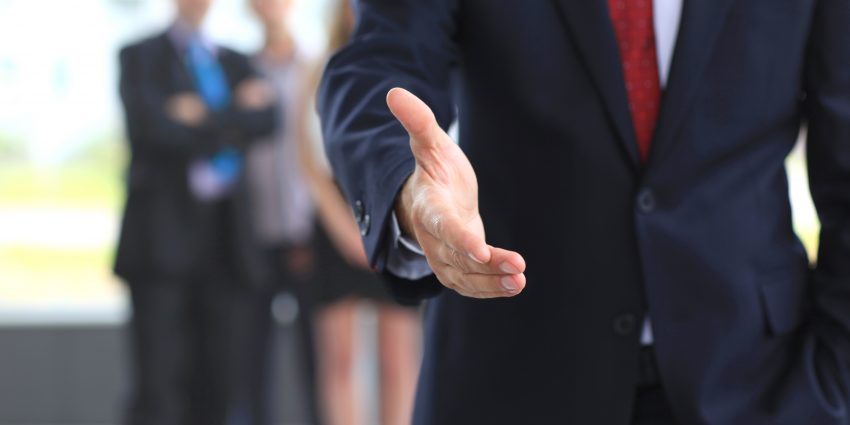 Too many people succumb to the mistaken belief that being likeable comes from natural, unteachable traits that belong only to a lucky few—the good looking, the fiercely social, and the incredibly talented. It’s easy to fall prey to this misconception.

Some people, regardless of what they lack—money, looks, or social connections—always radiate with energy and confidence. Even the most skeptical individuals find themselves enamored with these charming individuals.

These people are the life of every party. They’re the ones you turn to for help, advice, and companionship.

You just can’t get enough of them, and they leave you asking yourself, “What do they have that I don’t? What makes them so irresistible?”

The difference? Their sense of self-worth comes from within.

Irresistible people aren’t constantly searching for validation, because they’re confident enough to find it in themselves. There are certain habits they pursue every day to maintain this healthy perspective.

Since being irresistible isn’t the result of dumb luck, it’s time to study the habits of irresistible people so that you can use them to your benefit.

Get ready to say “hello” to a new, more irresistible you.

1. They focus on people more than anything else.

Irresistible people possess an authentic interest in those around them. As a result, they don’t spend much time thinking about themselves. They don’t obsess over how well they’re liked, because they’re too busy focusing on the people they’re with. It’s what makes their irresistibility seem so effortless.

To put this habit to work for you, try putting down the smart phone and focusing on the people you’re with. Focus on what they’re saying, not what your response will be, or how what they’re saying will affect you. When people tell you something about themselves, follow up with open-ended questions to draw them out even more.

Irresistible people are who they are. Nobody has to burn up energy or brainpower trying to guess their agenda or predict what they’ll do next. They do this because they know that no one likes a fake.

People gravitate toward authentic individuals because they know they can trust them. It’s easy to resist someone when you don’t know who they really are and how they really feel.

3. They find reasons to love life.

Irresistible people are positive and passionate. They’re never bored, because they see life as an amazing adventure and approach it with a joy that other people want to be a part of.

It’s not that irresistible people don’t have problems—even big ones—but they approach problems as temporary obstacles, not inescapable fate. When things go wrong, they remind themselves that a bad day is just one day, and they keep hope that tomorrow or next week or next month will be better.

4. They ditch the small talk.

There’s no surer way to prevent an emotional connection from forming during a conversation than by sticking to small talk. When you happy wheels demo robotically approach people with small talk this puts their brains on autopilot and prevents them from having any real affinity for you. Irresistible people create connection and find depth even in short, every day conversations. Their genuine interest in other people makes it easy for them to ask good questions and relate what they’re told to other important facets of the speaker’s life.

5. They treat EVERYONE with respect.

Whether interacting with their biggest client or a server taking their drink order, irresistible people are unfailingly polite and respectful. They understand that—no matter how nice they are to the person they’re having lunch with—it’s all for naught if that person witnesses them behaving badly toward someone else. Irresistible people treat everyone with respect because they believe they’re no better than anyone else.

People with high integrity are irresistible because they walk their talk, plain and simple. Integrity is a simple concept but a difficult thing to practice. To demonstrate integrity every day, irresistible people follow through, they avoid talking bad about other people, and they do the right thing, even when it hurts.

Related: 10 Bad Habits You Must Eliminate From Your Daily Routine

Irresistible people don’t dominate the conversation with stories about how smart and successful they are. It’s not that they’re resisting the urge to brag. The thought doesn’t even occur to them because they know how unlikeable people are who try too hard to get others to like them.

People naturally (and unconsciously) mirror the body language of the person they’re talking to. If you want people to find you irresistible, smile at them during conversations and they will unconsciously return the favor and feel good as a result.

9. They make an effort to look their best (just not too much of an effort).

There’s a massive difference between being presentable and being vain. Irresistible people understand that making an effort to look your best is comparable to cleaning your house before company comes—it’s a sign of respect for others. But once they’ve made themselves presentable, they stop thinking about it.

10. They recognize the difference between fact and opinion.

Irresistible people handle controversial topics and touchy subjects with grace and poise. They don’t shrink from sharing their opinions, but they make it clear that they’re opinions, not facts. Whether discussing global warming, politics, vaccine schedules, or GMO foods, irresistible people recognize that many people who are just as intelligent as they are see things differently.

Related: 3 Tough Habits You Must Drop to Succeed

Bringing it all together

Irresistible people did not have fairy godmothers hovering over their cribs. They’ve simply perfected certain appealing qualities and habits that anyone can adopt as their own.