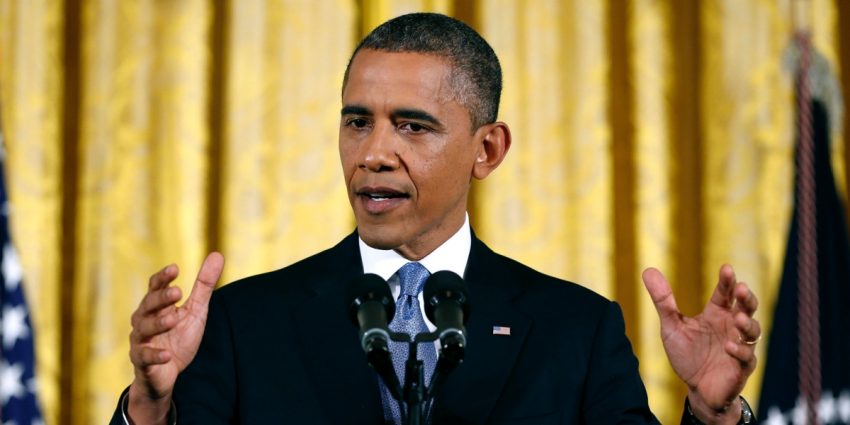 The president just made a joke about Samsung’s ongoing exploding-phone problem during a speech. If this isn’t peak Note 7, I don’t know what is.

President Obama was speaking at Miami Dade College, mainly in defense of the Affordable Care Act. At one point he was talking about the bumps in the road encountered in deploying the law, and used troubled tech roll-outs as an example.

When one of these companies comes out with a new smartphone, and it has a few bugs, what do they do? They fix it, they upgrade. Unless it catches fire and then they just, then they pull it off the market.

But you don’t go back to using a rotary phone! You don’t say, well we’re repealing smartphones — we’re just gonna do the dial-up thing.

You can watch the whole speech over at CBS Miami, or just watch the joke portion in this tweet:

This is a simultaneous ??? on Samsung, Republicans and rotary phones. pic.twitter.com/HkHJeUfbL7

He likely knew the college crowd would eat that up. Earlier he even mentioned selfies. He doesn’t really need that millennial vote any more, but at this point it’s probably automatic. Samsung isn’t laughing, though.