How You Know You’ve Found the Right Career 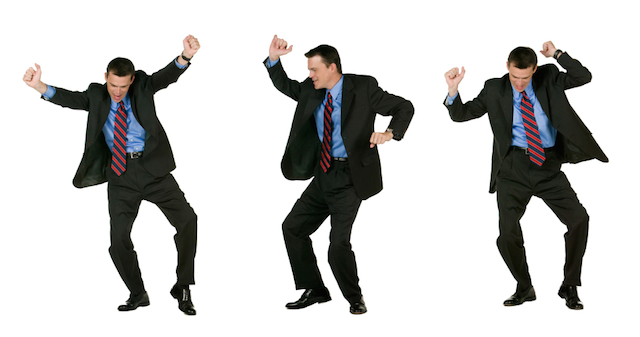 Warren Buffett claims that he tap-dances to work every day. And why not? In 2013 alone, he made $12.7 billion. That’s $1.5 million per hour – even while sleeping. Clearly, Buffett picked the right career – not just for himself, but also for those lucky enough to have picked up a few shares of Berkshire Hathaway.

My father bred new strains of onions, carrots and cucumbers as a professor and research scientist. Having grown up as a farm boy, he was in heaven, developing high-beta-carotene carrots in a quest to keep 500,000 kids per year in developing countries from nutritional blindness. He believed he had the greatest job in the world and would never have traded careers with Warren Buffett.

Cecile Pelous was an executive in the fashion industry nearly 30 years ago, working with the grand couturiers in Paris, when she sent a letter to Mother Theresa. “Can you use me?” she asked. Mother Theresa wrote a one-word response, “Come!”Cecile sold her house to start an orphanage in Nepal. Before long, she had legally adopted 79 kids and was raising and educating a hundred more from the streets to help them lead productive lives. Cecile wouldn’t trade places with Buffett either.

Whatever you’ve picked as a career, I hope it makes you want to tap dance – at least a few times in your work life. When you look back and survey where you’ve been, look ahead to the distant shore, or consider the people who have rowed alongside you, take an occasional pause to click your heels.

Few of us know what career is in store for us when we take our first job. But here are some signs that you’ve increased the odds for a spontaneous outbreak of tap dancing:

1. You’ve found something you can be really good at. I recall taking up piano lessons at the same time as another young hopeful would-be musician. It wasn’t long, though, before she was in “John Thompson Book Three,” while I remained stuck in “Book Two.” Had I stayed with piano, I’d have been as miserable as those on the receiving end of my performances. My fellow student, however, went on to delight others with her gift as she became a professional musician. Thankfully, I merged into her audience – to the benefit of all. There’s no sense in fighting Mother Nature on the career front if you ever hope to tap dance.

2. You like the nuts and bolts of the job. Pick something where you don’t have to fake it to make it. When I watch natural extroverts gather energy from social situations, I recognize they have something I don’t. Whereas Bill Clinton comes alive and is energized by others, being on stage for too long drains my energy. I can finally host events without anxiety, even enjoying the occasional party – but I’m always happiest to retreat into a book or a private conversation with a friend. This means that as much as I love policy issues, governance and leadership, a career in elected politics would have undone me.

3. The job lifts you. For those doing what they were meant to do, the normal irritants of the job become a kind of “atmospheric dust” that creates the foundation for beautiful sunsets. Every career has its dust, but you might be in the wrong one if that’s all you see. If you find yourself grousing, fussing and fomenting, give yourself – and the rest of us – a break. In your torrent of objections and cautions, you’ll never build a great career – and you might just keep others from achieving their dreams. No career is perfect, but the right one for you will be filled with many uplifting sunsets.

4. You’re in the thick of things. Life in the backseat or on the periphery of the action rarely makes for a great career. Naturally, there are lots of great support roles on the edge of every industry, but if you’re determined to leave a mark, it generally pays off to operate at the center. If you love accounting, work for an accounting firm. If you’re fascinated by the law, get into the judicial system. If you’re an engineer, build cool new stuff. If you love finance, work for a bank or an investment house. Build the motor, buy the brake pads.

5. You’re in an industry that fits your personality type. Engineers are not like real estate developers, who in turn don’t think like fashion mavens, who are wired differently from lawyers and accountants. We all have psychometric preferences – ones that tend to make us more or less like those in various industries. While this alone shouldn’t determine what you choose (as there are many roles on every winning team), make sure you understand your dominant traits and those of industry leaders. Then get on a field with those playing the same sport as you.

6. You like the other people in your field. My best-ever career (and investment) decisions have come from genuinely liking and admiring people I’m working with. Grappling with the discomfort of interpersonal contretemps is never productive. It saps everyone and it ensures suboptimal performance. Also, it can take down a career faster than anything else. If you can handle snakes, you’ll be OK getting into the viper pit; but if not, pick another industry.

7. You’ve found an inspiring mentor. Having someone to look up to is a key to finding a meaningful career. Your mentor doesn’t need to be your file leader – or even in your industry. But if you would have a great career, find a mentor… then become one yourself.

8. You look forward to Mondays. Don’t let your week become what Thoreau called a life of “quiet desperation,” awaiting the weekends for rejuvenation. But this also doesn’t mean you should be a workaholic. There is an emotional chasm between being a workaholic and loving work. Workaholics are driven by fear; joyful workers are motivated by passion. They both work hard, but it’s not the same. So find passion. Eschew fear. I can still hear Trammell Crow say, “Work is more fun than fun” – and mean it. And Confucius said, “Choose a job you love, and you will never have to work a day in your life.” This is the essence of having found a great career – one that grows out of passion, that merges work, life, family and friends into a whole with few bright-line boundaries. This sort of “career” is a Friday-less and Monday-less one.

9. You learn, grow, become, test, try. As Oliver Wendall Holmes wrote, “Alas for those that never sing, but die with all their music in them.” Great careers test us, try us, stretch us. We find out if we can hit the high notes and we learn to recover from the low ones. But those who have figured out how to have a great career – and not just a great job – don’t die with their music in them.

10. You’re proud of what you do. Once when climbing a mountain with a successful entertainment industry executive, I apologized for what I was doing in my life at that point – particularly as I compared it with his fame and fortune. He carefully chose a moment to pull me out of the earshot of others to say: “Don’t ever be ashamed of what you’re doing with your life. Life is not a competition. Unless you self limit, you can make a greater difference in the lives of the young people you work with than I’ll make in a hundred lifetimes working with the world’s celebrities.” Finding the gold amid the dross of my present situation became the key to an important renewal. And it started by feeling proud of what I was doing.

If you’re planning out your future, you’re not likely to be satisfied with a series of jobs that merely keeps food on the table. Instead, turn your progression of jobs and assignments into a career that creates relationships, promotes learning, and makes a difference – all of which will send you tap-dancing to the office.