How to Avoid Inappropriate Public Statements, Blunders and Fiascos 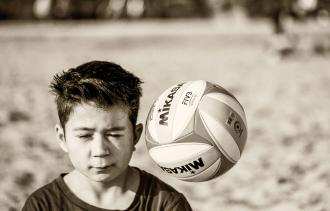 Comments uttered by Uber’s senior vice president of business, Emil Michael, at a private dinner held by the company last week have created quite a stir.

There’s no denying his reported remarks were made in poor taste and no matter how good a leader someone aspires to be, he or she might end up muttering inappropriate comments, especially when frustrated.

This fiasco has been an opportunity to reflection on how I’d like to handle myself should such a situation arise. The following are five golden communication rules for business and life.

Always remember there’s no such thing as off the record. You can’t unspeak words once they’re out. While people can forgive, forgetting is less likely.

Even if your statement is not going to be reported and you have asked it to not be attributed to you, should you really be saying it?

2. Assign value to the corporate reputation.

Maintaining a company’s brand is the responsibility of all employees.

When you act or speak out of turn, this reflects on those around you, even if you did not ask to represent the village. Think about what you’re saying and what it portrays.

I’m not saying don’t be yourself but rather before you act out of anger, stop to consider whom this will impact. Remember, you’re not only representing yourself but also your company, and your simple words can damage the business.

Anger can be a recipe for gastrointestinal distress and getting even doesn’t solve anything. While Michael didn’t do what he said he was going to do, what good would come out of remarks like this anyway?

Even the thoughts he shared were toxic for himself and the company.  Remember this oft-repeated wisdom:Holding on to anger is like grasping a hot coal with the intent of throwing it at someone else. You are the one who gets burned.

People talk behind another person’s back and fail to take the matter up directly with the individual in question. If you have a problem or concern about someone, handle it like an adult and discuss it with the individual first. Very rarely does a business benefit from the rumor mill.

Another saying as old as time and worth repeating is this: Treat others how you would like to be treated. Ultimately, what you put into the world is what you get back.

This notion can lead to better business and happier employees and customers, not to mention an improved environment all around.

If you don’t have anything nice to say,  don’t speak at all.

There’s already plenty of negativity in the world. Do your best to put positive vibes out there.