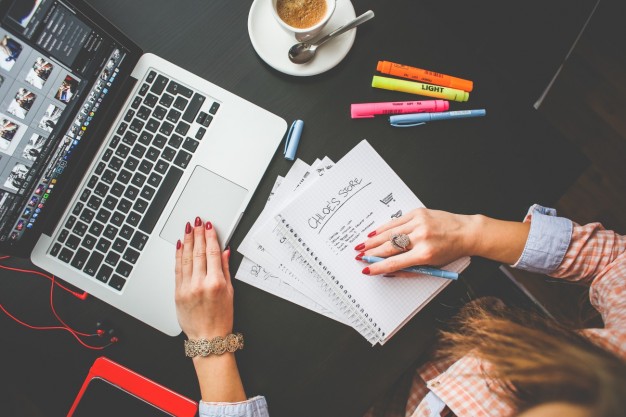 Father’s Day is usually a day for celebration. But on this particular Father’s Day in 2014, Jason Stone’s home was burglarized. It was only a year prior that he had embarked on his social media marketing journey, creating a personal profile that he then built up to 10,000 followers, a number that seemed dizzying to him at the time.

The criminals knew that he was out of town through his Instagram profile. They cut the power and he received an alert that said his security system had lost its power. Figuring it was just a power outage, he continued to enjoy his mini-vacation to Orlando. Unbeknownst to him, the criminals knew they had about a day to wait before the backup battery in his alarm system ran out. They patiently waited.

Two days after he returned from his trip, Stone was infuriated by the burglary. It was a massive affront to him. He deleted all his social media profiles, vowing never again to allow people to know his whereabouts. However, a month later, he ditched that notion after seeing a friend making thousands of dollars from a single Instagram post.

It was then that he knew he needed to get back on social media, but this time to do it differently. That’s when Millionaire Mentor was born, the profile that’s amassed 2.5 million followers in a very short period. It took Stone just six months to reach 100,000 followers. After that, just six more months to get to 1 million. All authentic. Not one was paid for.

What ensued after this has been a journey across social media that can be categorized as nothing short of amazing. In my conversations with Stone, although he realized the potential for success and monetary gain on the platform, he never thought that social media marketing would create a lifestyle that would allow him to get rich and afford him the freedoms that he enjoys today.

Thanks to social media, in the past 12 months alone, Stone, who only posts affiliate marketing offers on his profile that he thinks would appeal to his target audience, has netted a whopping $7 million in sales. That’s without ever selling his own product or service. Simply put, it’s an astounding and astonishing number that reveals the allure of becoming an influencer on a platform like Instagram.

How to market on social media the right way.

Stone’s social media marketing prowess wasn’t something that happened overnight. In fact, in his earliest days, he struggled to gain followers. It wasn’t until he joined forces with other Instagramers that his audience really started to skyrocket.

Forming a bond amongst 15 like-minded entrepreneurs, Stone and his newfound friends launched a Kik group. The goal? Give shout-outs to each other on a recurring schedule. Each day, all 15 members would give a shout-out to one of its members every single day, rotating the schedule until all 15 were marketed on every profile.

The tactic worked. And it was powerful. Each of the profiles that were in this mastermind-like group saw their follower numbers skyrocket. What ensued afterwards, was a platform for Stone and the others that could be leveraged and capitalized, not just for financial gain, but also for influence.

Clearly, most people know just how alluring social media platforms like Instagram and SnapChat are. They’re avenues for connecting with the masses and spreading your message. However, not many people reach the saturation that’s required to ensure high visibility.

When it comes to marketing anything on social media, without a large footprint, you’ll largely fall flat on your face. But getting there is incredible difficult. In my conversations with Stone, there were a few primary strategies that he wielded to build up and amass such a large following. Stick to these strategies, and you’ll find success in the social media realm, as long as you don’t give up.

Carve out your niche audience. Who are you targeting? Get specific? This is important because you’ll be curating your content towards that intended audience. Everything that you do or say needs to geared towards these people. In marketing speak, they call this your demographic.

The more you can define your demographic, the higher your chances for success. If you ignore you target demo and try to go after and appeal to everyone, you’ll be less likely to succeed. Millionaire Mentor is a very specific niche market, targeting people that are interested in business opportunities.

You can’t succeed on social media without adding massive amounts of value. Today, that’s more important than ever. There’s fierce competition in the marketplace, and everyone knows that the stakes are high. For those that can break through the proverbial glass ceiling and build a massive following, tremendous riches and opportunities await.

Find ways you can share your expertise with others. Find ways you can help the people that follow you in some way, shape or form. The more you focus on this mentality, the more likely you’ll be to succeed in the long run. Stone did this with motivational sayings that inspired and pushed people to achieve their goals. How will you add value?

Stone and many other influencers have leveraged videos to get their message out. Videos, which are done the right way, have the potential for going viral. And, when they acutely appeal to your target audience, they are potent and powerful on many levels.

Take the time to create videos that will appeal to your audience. Use a video editor or hire someone that can help you. Stone had someone create all his videos, investing a small amount of money little by little to building out his brand. He knew that was the surest way to reach the biggest audience.

Find like-minded entrepreneurs on social media who you can collaborate with. Reach out to them. Build a group. Join a mastermind. Or find some other way that you can team up with other people who might be in a similar situation as yourself, or with a similar amount of followers.

There is power in numbers. You can’t expect to do this yourself or go it alone. It’s called social media for a reason. Do shout-outs and joint ventures with other people if you want to experience explosive growth in followers and fans over time. Just don’t expect it to happen overnight.

Many of the social media influencers that I’ve communicated with in the past have leveraged hashtags as a way of getting their message across. Years ago, it was far easier to do this when hashtags were relatively new. Today, it takes more focus and effort to achieve hashtag dominance.

Take the time to research the right hashtags and ensure that they’re applicable to your audience and your content if you’re serious about succeeding at the highest levels on social media.