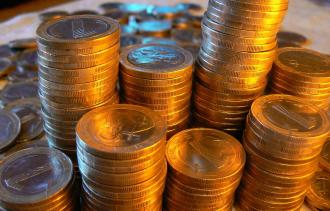 Startups are tough, especially in the early stages. The company is fragile and you are being pulled in a thousand different directions.

One of your biggest concerns as a founder is capital. Some entrepreneurs have the luxury of raising substantial seed rounds in the idea stage, but what about the other 99 percent of us? What if you aren’t based in one of the major tech hubs where risk-averse angels are easier to come by? Your only option is to think outside the box.

When I started MobileX Labs in 2012, I had a tough time securing an angel investment. I was a 23-year-old kid from middle-of-nowhere Indiana with a so-so network. My advantage was that I had previously started other businesses (the first when I was in high school), which provided me with passive income and allowed me to save up money over the years.

Related: 5 Ways for Bootstrapped Startups to Get Through the First Year

I decided I was willing to risk it all and infused MobileX Labs with nearly all of my net worth at the time, which would give us about a year of runway, tops. Here is how that went, and what we learned along the way.

In the beginning, we obviously had no revenues whatsoever. We were focused on building our minimum viable product (MVP), a DIY app builder. Six months in, we began to see minimal revenues, but nothing substantial or sustainable. We did manage to get an intro to Mark Cuban and he joined our board of advisors.

Lesson learned: Get to market! Your best feedback will come from users.

You’ll learn more in the first days of your business being “live” than you did in the entire time leading up to launch. Once you start getting feedback from users, it will become clear what you need to work on and what direction you need to go.

It was tough to acquire paying users for our MVP. We asked: Why don’t we use our product to create apps ourselves and sell them in the app store? With a bit of marketing, we went from making $500 a month to $25,000. This was progress, but we still had a long way to go if we wanted to scale our business and raise outside money.

Lesson learned: Think outside the box sooner than later.

Don’t be afraid to do anything it takes to keep afloat. Airbnb has a great story about cereal and the 2008 election that epitomizes this point. Just surviving the first year is the most important measure of success for most startups.

Lesson learned: Make sure your team knows the plan.

Make sure you properly communicate your vision with your team and potential investors. Otherwise, they will think you are scatter-brained and a poor leader. Tell them what you are doing now, and how it fits into the big picture.

Related: Are You Ready to Pitch Investors for Funding?

Holy crap! An app we made in a week — Instaliker for Instagram — began generating $20,000 a day. We were in the top 75 highest grossing in the world. Our business changed overnight. MobileX Labs was generating six figures a month and barely spending a tenth of that. Money wasn’t a concern, so we decided to take all the feedback from our previous customers and rebuild our core mobile-app builder product, now called Nativ, from the ground up.

Lesson learned: Keep reaching for the next level.

Don’t go for a home run right out of the gate. Rather, make sure you have a plan. At MobileXLabs, we have a billion-dollar vision and know that creating some fad app isn’t going to get us there. But that silly app may get us to the next million, those next few hires, and one step closer to reaching our bigger goals.

We had a lot of momentum on our side: solid revenues, a product with several thousands users and millions of app downloads. We decided it was the right time to raise outside capital.

Lesson learned: Raise money when you don’t need it.

Once you can show investors that you are capable of running a successful business, you can go out and raise capital with more leverage. Showing what you’ve done already is just as important as pitching your billion-dollar idea, and having revenue and a solid strategy will get you a much better valuation, too.

Month 21 to the present

We closed $1.5 million in seed funding, scaled our team from four to 31 people worldwide, and generated over $2 million in revenue within a year. We rebuilt our product and launched version 2.0 to a wait list of 30,000 people. We continue to receive revenue from apps and games, which in turn brings down our monthly burn rate and allows us to ship a great product.

Lesson learned: Re-use what you learn and what you build.

The knowledge we gained from have multiple apps in the top of the charts is invaluable and definitely something we took into consideration for our product’s features. We learned the needs of our mobile customers through our own experience in the market.