Houzz raises a huge $400M round at a $4B valuation 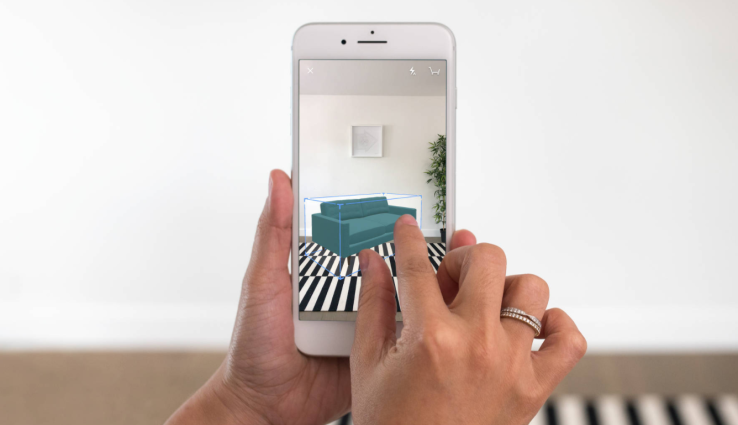 If you ask investors in Silicon Valley about Houzz — an app where you browse ridiculously nice homes and check out interesting interior design ideas — they’ll probably quietly mutter that they’re just growing their business. We really don’t hear about Houzz’s business that often.

Except now the company says it has raised $400 million led by Iconiq Capital, with Sequoia, Zeev Ventures and GGV also participating in the round. The new financing round values the startup at $4 billion, according to Bloomberg, making it one of the higher valued consumer startups — and based around house decorations, no less. The company has launched a localized version in 14 countries outside of the U.S., and the Houzz marketplace now has more than 9 million products from more than 20,000 sellers.

Houzz is still keeping at work on the product side. The company launched a basic augmented reality mode in May. With the upcoming release of ARkit for iOS, we may see that kind of feature evolve and become more robust in the coming months. But bringing those big-ticket items into a user’s home while they’re already in a mode for searching for home-related content could prove even more of a hook for the company.

I’m not a Houzz customer, but I can definitely say the app is a guilty pleasure. With its pleasantly curated photos with interesting designs and products, Houzz is basically a niche Pinterest for your future home. The difference is the kinds of products that Houzz can target and sell can be higher-value, meaning the people that actually buy products through Houzz are probably more valuable than the typical customer you might find on a larger platform like Facebook or Pinterest.

That means that Houzz occupies a niche, but it’s definitely a valuable niche. It’s one example of a company that’s able to try to slice off specific parts of a larger platform and try to execute really well on it, in the hopes that the user segment in of itself is a highly valuable business. Houzz, it would seem, has tapped into some kind of demand for that type of content — whether the users are just browsing it wistfully or actually purchasing home decor items through it.

The interesting thing here is that Houzz has managed to attract such a hefty valuation in the face of companies like Pinterest, which is worth more than $12 billion and has 175 million monthly active users — and also wants to own the discovery and inspiration parts of a consumer’s buying cycle. Pinterest with its size still probably has the best shot at trying to convince advertisers to tap into that, but Houzz’s big valuation may signal that there’s room for grabbing a customer’s attention for content in highly specific verticals.

Correction: This post previously said the company had expanded to 150 markets in six countries outside the U.S. last year. That growth was in the company’s Industry Solutions channel.