Do You Have Trouble Saying “No?” 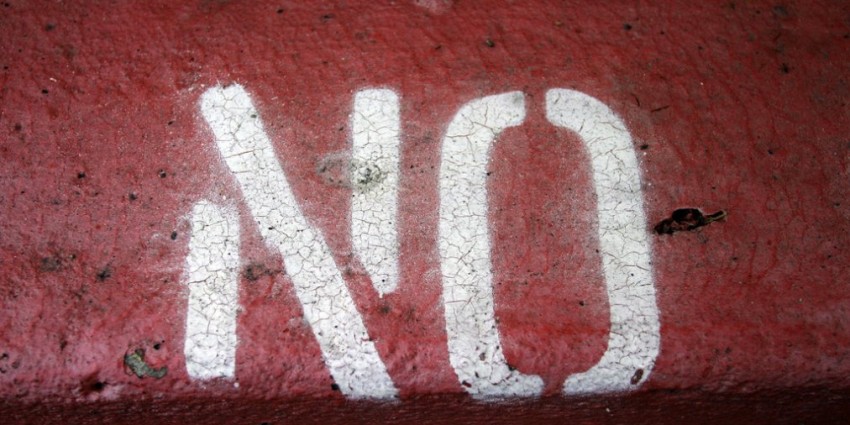 The difficulty people (men and women alike) have in saying “No” is epidemic. Two little letters can cause people to cramp up emotionally and even physically. You’d think that some disaster would occur as the idea of “No” rises up and even worse as the impulse is felt to speak it. But then an even more powerful force rises a split second later that grabs hold of that “No” energy and squeezes it, pushing it back down into silence. There’d be no problem if silence were the only consequence. But it’s not. There’s more, so much more so that the squeezed silence is the least of the problems.

What Is the Problem with “NO”?

This problem goes all the way back to childhood—that time adults so frustratingly call “The Terrible Twos.” For the first time in a child’s life the child has the first sense of itself as different from those around. So for the first time he or she has the conscious experience, rudimentary as it is, of wanting to do things according to its own preference. However, the child’s brain is not yet sufficiently developed to be able to make a rational case for why he or she wants to do things their own way. All they have is “No.”

No I don’t’ want to give grandma a kiss.

No I don’t want to take a bath.

No I don’t want to wear those shoes.

And how does the adult world respond? By calling this period “The Terrible Twos.” So the child learns that “No” can, and most often does, bring down a negative reaction and equally as often the child is compelled to do what the adults want. The child quickly learns where the power is located and it is not within them.

The school years continue to process by insisting that the child behaves in a prescribed way. If you do not, corrective action is taken. Voicing “No” in whatever form is not part of the corrective action, except in the most rare of instances and you generally have to wait until graduate school to be given sanction to object—that is to disagree with a teacher or with the curriculum and hold your ground. But by then you have developed sufficiently to be able to make your case. However an articulated case representing a contrary position is in fact just a sophisticated and lengthy version of “No.”

How many companies do you know that welcome “No” in some version? An R & D department welcomes ‘No” because that is what they do—until a conclusion is reached. Then everyone is obligated to line up and conform.

I am not advocating rebellion. Order and form must be maintained for a company to function and progress in a given direction. Nor am I advocating the arbitrary expression of “No.” But the deeply embedded prohibition against “No,” against having a point of view that speaks with a different voice, an impulse to step out of line, unconsciously quells and even forbids not playing the game as it has been established. However, the cost is massive in the loss of possibility and in the excitement and loyalty employees feel for their company and vice versa.

Here are some of the symptoms, which can also called rationalizations and/or justifications, people use to keep themselves quiet

These justifications always seem “right” in the moment but they are very expensive. They come at an expense of your Self.

It’s important to work against and maybe even root out the internal forbiddance that warns against saying “No” in whatever form.

In the workplace one of the most unproductive, uncreative, and demoralizing example of the fear of “No” happens when you’re overloaded, your plate is waaaaay beyond full, and someone asks you to do something for them. You have to say “No.” Politely, directly, but definitively. If you don’t you and the job will suffer and the blame will probably fall to you.

So how do you handle saying “No?”