Do Brands Need to ‘Speak American’? 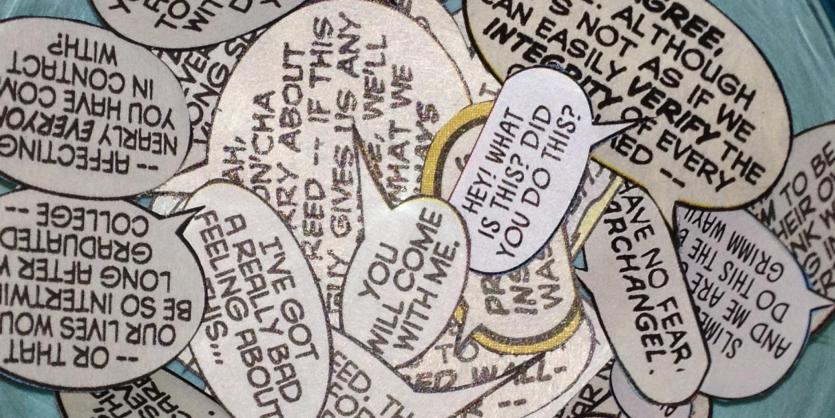 Brands are ignoring 60 percent or more of the U.S. consumer base, according to a new study. The study proclaims that an area of the country it calls “The New Heartland” is a culturally different swath of America, and in order to market to this segment of the nation, brands must learn to “Speak American.”

The New Heartland Group, a Nashville-based marketing firm, is behind the study, which was conducted with Prince Market Research. Chief strategist Paul Jankowski, who not only authored the study, but also the accompanying book Speak America Too: Your Guide To Building Powerful Brands In The New Heartland, says the proclamation is purposefully provocative.

“It makes people stop for a second to consider the context,” he explains. “All ‘speak American’ means is to be culturally relevant in the way you speak to consumers. You have to speak their language, which is an overtone to the cultural distinctions, not the actual spoken language. The payoff for brands that understand how to speak to Americans in a culturally relevant way is huge. That’s what we’re hoping to convey.”

The study is a survey of consumers living in the southwest, midwest and parts of the southeast, which Jankowski theorized were a unique and overlooked consumer market. The New Heartland is essentially everything east of the line of states running from North Dakota to Texas, ending at Ohio, West Virginia and Virginia, but excluding the beltway area of northern Virginia and south Florida. According to Jankowski, that accounts for 60 percent or more of the buying power in the U.S.

The research argues that this swath of the country is not a demographic, but a culture. It’s a group defined by its values — faith, community and family — all of which directly influence buying decisions, brand loyalty and attitudes towards brands. If you work at a national brand and you can divide your data, look at the characteristics of the flyover states vs. the coasts. Look at rural vs. urban. You’ll see differences. This is a broad example of what he’s talking about.

The study reveals that only 5 percent of residents in the New Heartland think brands understand them. Brands seem to be spending a lot of money on messaging that falls on deaf ears. It shows consumers there consider their faith (not specifically religion) a factor in buying decisions — the clip of 44 percent. The power of community screams from the report, which shows that 86 percent of New Hearltand women trust recommendations from friends in buying decisions over any other influence. And a whopping 79 percent of this audience says it is more motivated to buy a brand that uses family in its advertising.

These core values, Jankowski argues, make this patch of the American-consumer quilt quite different. Thus, brands need to learn to speak to them differently. Yes, he calls it learning to “Speak American.”

Did he say, “speak American?”

While immigration is a hot-button topic in the U.S. at the moment and the exclamation to “Speak American!” can certainly underline an ignorant perspective on that issue, Jankowski says the report uses that phrasing thoughtfully. It has nothing to do with immigration or even speaking English, he said. It’s an attention-gettting device for brands to pay attention.

Jankowski says the brands that are doing it now — Pepsi, Mountain Dew and Lipton are all clients he points to as “it-getters” — are seeing nothing but positive feedback from stakeholders. It should be noted, however, that Jankowski did not have case-study-success metrics he had permission to share.

“This is such an exciting opportunity,” he says. “And the opportunity is there for the taking for brands who want to learn about it.”

It’s not about race, religion or political leaning.

But this cultural segment is not about conservatives or the religious right. And it certainly isn’t about white vs. black or any other race.

“The New Heartland includes African-Americans and Hispanics and more,” Jankowski explains. “That’s the really important part of understanding marketing to a cultural segment. The common thread that brings those segments together — Hispanics, African-Americans, southerners, midwesterners — are the core values. Faith, family and community are critical components to each of those groups. They are the common thread. They unify those groups in a way that we can look at the middle of the country as unique.

“The reason this segment is overlooked is because of the fear of the unknown,” Jankowski says. “Marketers who don’t know this segment aren’t inclined to market to it. I want to bridge that gap and help them understand this. Once they start learning that it’s a cultural thread and not a political affiliation or race or religion, the light will go off and they’ll get it.”

Jankowski says that looking at The New Heartland as an area of the country that tends to mirror white, Christian, conservative values is a huge mistake.

“That’s why stereotypes kill,” he says. “If you’re going to stereotype 60 percent of the consumers in this country as being conservative or religious then you’ve already lost. This is a culture that includes different races and religions and ebbs and flows and moves differently than the rest of the country.”

It’s not changing the message.

To convince brands they need to pay attention to The New Heartland, you have to simply look at the numbers, Jankowski says. If the sheer buying power of that many people don’t get you excited, he says, then that is to your detriment. He also says understanding the culture isn’t necessarily endorsing it. But understanding it isn’t pandering to it either.

Certainly the use of different celebrities is one way to change the way the message is delivered. Getting deeper with tactical executions is probably worth an entire post in and of itself. But it could be as simple as knowing college football audiences in Mississippi, Alabama, Oklahoma, Iowa and West Virginia, for instance, are very different than professional sports audiences, or even basketball audiences.

What to do with it all.

Jankowski certainly is onto something, if not something that will set off sensitivities and expose prejudices on both sides of whatever aisle you choose to apply the term “prejudice” to. I’ll be the first to tell you that while certainly African-Americans feel prejudice by society and brands, even their stereotypical nemesis — the southern white man — also feels prejudice because the “city folk” think he’s stupid, racist and socially close-minded. (Not that I have any experience with these or anything. Heh.) But the point is the discussion of these cultural threads and getting past the race/religion overtones in our thinking isn’t easy.

Still, for a brand, you’re going to have to pay attention to it. More than 60 percent of the consumer market is at stake if you don’t.

What are your thoughts on the concept of The New Heartland? Do brands need to talk to these consumers differently? Do the concepts of race, religion and socio-economic status fade away if you focus on the concepts of family, faith (not religion) and community? If you have experience with it working (or not working) for a brand, tell us about it in the comments.