Active or Idle, Everyone Is Wearing Gym Clothes Now 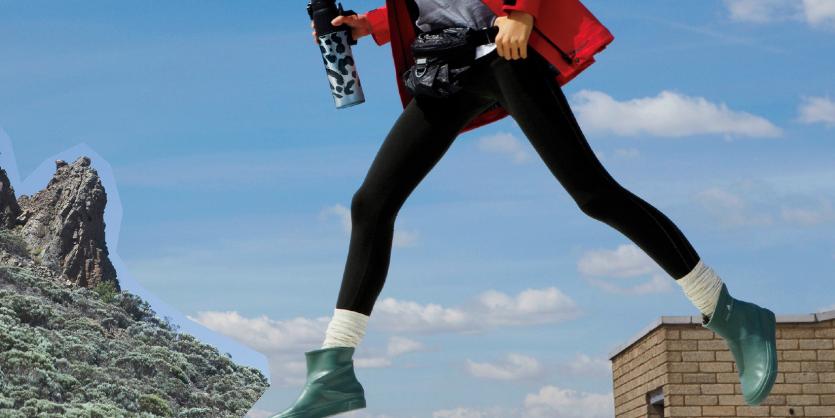 Active or idle, everyone loves “athleisure.” So much so that fitness-inspired togs are among the hottest trends driving America’s apparel market.

Comfortable, affordable, versatile and increasingly stylish, activewear is no longer just for the gym. Sleek hoodies and stretch pants have become acceptable attire at many offices, not to mention restaurants and bars. And sporting them can create the sensation of being, well, sporty.

“It’s like diet pills in a bottle,” explains Marshal Cohen, chief industry analyst at The NPD Group. “When you buy a treadmill, you feel healthy even if you never use it.”

Activewear sales rose a muscular 7 percent to $34 billion in the 12 months ending in July, according to The NPD Group, and growth was seen across all distribution channels. The category represents 17 percent of the total U.S. apparel market and has “played a significant role in the overall success of the total apparel market over the last two years,” according to NPD.

While activewear was bulking up, sales of denim jeans shrunk 7 percent in the year to July. “It’s not a coincidence,” Cohen says. “All of the innovation in the past few years has been in activewear, in terms of comfort, fit and style. In denim, the only innovation in the past five or six years was low-rise jeans and colored denim.” The last time jeans took such a big hit, according to Cohen, was during the khakis craze a decade ago.

Brands like Lululemon Athletica, Under Armour, Adidas and Nike helped spearhead the activewear craze. Now major retailers are jumping on the trend—labeling it as “lifewear,” “après-sport” and “gym-to-office,” among other image-conscious appellations—and introducing new collections and stores.

In January, Loft unveiled Lou & Grey, a relaxed, fashion-forward line that grew out of Loft Lounge. Casual pieces like gray pintucked twill leggings ($49.50) and a drapey black bomber jacket ($89.50) are available online and at Loft stores and will be at the five or so free-standing Lou & Grey stores that will be open by early 2015.

Urban Outfitters launched Without Walls, a hip outdoor and fitness brand with a focus on color, funky patterns and sexy cuts. The Gap’s Athleta line, meanwhile, staged its first runway show in September at New York Fashion Week, sending models backflipping, breakdancing and free-running down and up the two-story catwalk. The brand was on track to reach nearly 100 locations this year, according to Art Peck, Gap’s president of growth, innovation and digital.

In the designer segment, luxury fashion e-tailer Net-A-Porter added the microsite Net-A-Sporter in July. It debuted with 36 brands in 11 sporting disciplines and features Stella McCartney’s popular line of adidas sportswear, as well as splurges like $1,570 cashmere track pants from avant-garde designer Rick Owens.

“We spotted a gap in the market for being a one-stop shop for workout wear, where fashion meets function and where performance and style are equally valued,” says senior buyer Candice Fragis.

If the fickle world of fashion is anything to go by, activewear at some point will go out of style. NPD’s Cohen predicts that the trend will thrive for another two to two and a half years. And then, perhaps, sweatpants will make their way back to the gym.