5 Ways to Improve Your Entrepreneurial Creativity 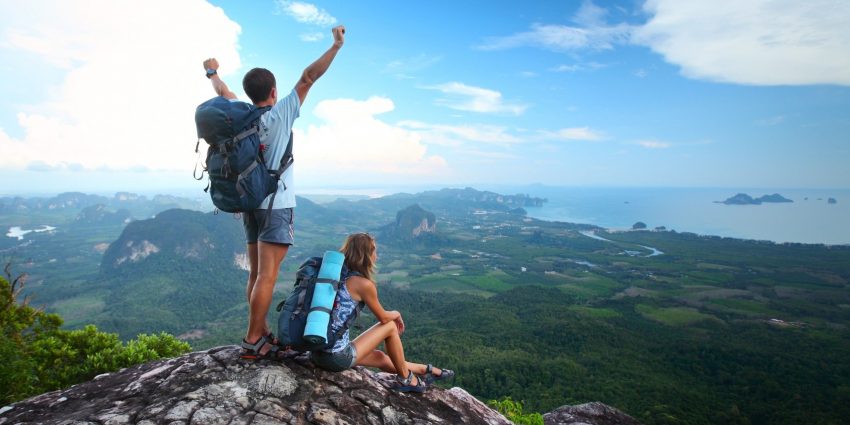 Entrepreneurs have to be a bottomless pit of creativity, don’t they? Not only do we have to dream up big ideas, we also have to innovate new ways of executing them. And the sheer number of hours it takes to build a successful business can also lead to creative burnout, which is, of course, counterintuitive.

“Creativity is a process that you can’t force,” says Molly Reynolds, cofounder and host of The Unicorn in the Room. “You have to know it’s a process and respect that process. But there are certainly some ways to set yourself up for success.”

Prior to becoming an entrepreneur, Reynolds was a professional musical theatre actor and continues to study dance and fine art in her spare time. Her love of the creative process spurred the creation of The Unicorn in the Room, an online resource for entrepreneurs.

Having interviewed business icons, such as Arianna Huffington and John Paul Dejoria, as well as top executives from GE, PwC, Forbes, Chobani and Heineken, Reynolds has identified these key ways to top business minds stay creative. Here they are, in no particular order:

Rest is a crucial part of the creative process and as Arianna Huffington will tell you, keeping your cell phone next to your bed while you sleep is a bad thing. According to a study by Pew Research Center, 44 percent of cellphone owners keep their favorite handheld next to them as they sleep to make sure they don’t miss an important call. But this is an extremely unhealthy habit to get into.

“So many people tell me they’ve got creative burnout, and almost all of them check their emails before they go to bed, first thing when they wake up, and yes, even in the middle of the night,” says Reynolds. “I used to do it too and the longer term effects are never good.”

Cellphones, TVs, tablets and other gadgets with LED screens all emit blue light that can inhibit our production of the sleep-inducing hormone, melatonin. The blue light can also trick our bodies into thinking that it’s daylight and interfere with our sleep cycles. Worse than that? An overheating cellphone in your bed could even set your pillow on fire!

People will use the excuse that they need their phone as an alarm clock. Newsflash: you can buy an alarm clock that is not a smartphone. Avoid bouts of insomnia and house fires by keeping your cell phone out of your bedroom.

2. Get a variety of perspectives.

Do you know why The Challenger mission failed? Lack of diverse thinking. While many reports have placed the blame on technical fault and cold weather, others suggest that the disaster could have been avoided. The engineering team was used to receiving orders from the top down. Despite being aware of the potential dangers, they went ahead and cleared the spacecraft for launch. The management team at NASA simply would not allow room for different perspectives or opinions.

GE is a company that is more than 100 years old, and the executives there are still learning so that they can continue innovating. In fact, they hold leadership summits, where they invite in a wide variety of companies and share their best practices. With a culture of constant learning, GE wanted to see what they could learn from Silicon Valley culture. So, they partnered with author of The Lean Startup, Eric Ries, to see how they could build innovation and fast work into their company core. Being open to change and new ideas is essential for companies to remain competitive and creative in shifting environments.

There’s nothing like taking a timeout to get your creative juices flowing. Travel broadens the mind and exposes you to new and unfamiliar situations. You get to sample local cuisine,find out about different cultures and maybe even learn a language. All these experiences translate into enhanced problem solving skills and the ability to think creatively on your feet.

You might think that taking a sabbatical year to study Spanish in Barcelona or backpack around Southeast Asia is just an excuse for a time off. But there can be surprising benefits from taking yourself outside of your situation. It might even become the catalyst for new success. Winston Chen decided to invent an app, just to have some fun while he was traveling. It turned out to be the start of his new career and company, voice-based mobile app, Voice Dream.

4. Step away from the desk.

“Getting a Fitbit actually made me a better problem solver,” Reynolds says. “Before, I’d sit at my desk for hours trying to figure something out, but the thing buzzes me and makes me take a break to walk. Inevitably, as I’m walking, I figure out the problem more quickly.”

Do you know one of the least inspirational places for people to come up with creative solutions? The meeting room! That’s because we often need to get up and mobilize our bodies to get unblock our creativity. Steve Jobs was well known for his walking meetings, and Mark Zuckerberg reportedly likes to meet standing up as well.

There’s actually some science to back this up. Researchers at Stanfordrevealed that bursts of walking, whether indoors or outdoors, can help to boost our creative inspiration. So, when you come up against a case of writer’s block, or you simply feel like you’re staring into an abyss instead of your computer screen, get up and get moving!

That’s right, draw your strategy. Don’t write it. This will cause your mind to think differently, which is a great way to shake up creativity. Expert on visual thinking, Dan Roam, worked as a consultant for some of the world’s largest companies, including Google, Sun Microsystems and eBay. He believes that one of the best ways to help people solve problems and contribute new ideas is by drawing them out. In an interview with Business Insider, he said “taking advantage of our innate ability to see — both with our eyes and with our mind’s eye — in order to discover ideas that are otherwise invisible, develop those ideas quickly and intuitively, and then share those ideas with other people in a way they simply ‘get.’”

Lastly, says Reynolds, if you’re really committed to improving your creative mind in every one of these five steps, you need to allow yourself to get vulnerable. “Take a class that you would never think of taking, charcoal drawing, samurai sword fighting, tap dancing, whatever! You might feel ridiculous at first, and that’s a good thing. Having that vulnerability will remind you that you don’t have all of the answers and need to be open.”

According to David Brendel, of the Harvard Business Review, vulnerability can actually make you stronger. Things like apologizing for errors, admitting when you’re wrong, or seeking help from others can all make you a better leader. When you allow yourself to be in a position where you’re learning something new, you leave yourself vulnerable to criticism and failure. Yet this learning process is all part of improving your creative mind and ongoing education.

So, watch your sleeping habits, and make sure you take breaks from your desk to leave room for inspiration to come through. Be open to travel, culture and new ideas, as well as using visual thinking. Do all that with a dose of vulnerability and an enquiring mind, and you’ll give yourself the innovation makeover you desperately seek.