5 Hacks That Will Cut Your Workweek in Half 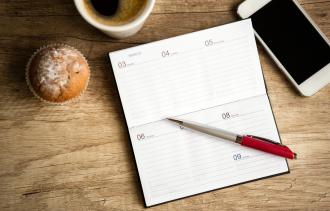 Two years ago, I moved from Ohio to Arizona when my business was acquired. I immediately became consumed by work, doing the same thing day after day. One morning about five months after I moved, I noticed a park a few blocks from my house. The sight of it confused me. I couldn’t recall ever having seen it before.

As I racked my brain, I realized the park was unfamiliar not because it had sprung up overnight but because I’d never driven by it in daylight.

Work was consuming my life. I had begun skipping runs, losing touch with friends and becoming a stranger to my own neighborhood.

While growing up in a Midwestern farm town, I had been taught that hard work leads to success. Although that belief hasn’t changed, this experience put my priorities in perspective.

I realized that it’s just as important to work smart so you can live a balanced life. Sometimes it takes creativity for an entrepreneur to reach that level of equilibrium. The following hacks have given me my life back.

1. Hire a personal assistant for the home.

Jesse Lear, a fellow Ohioan and CEO of VIP Waste Services, kills it with this hack. His personal assistant irons clothes, cleans his house, washes his car, shops for groceries, prepares lunches and takes care of a variety of other time-consuming tasks.

By relying on a personal assistant, Lear has been able to arrive at the office earlier and focus on his business. In addition to saving 10 hours a week, he now has peace of mind that things at home are being handled.

2. Hire an assistant for the office.

When an entrepreneur is seeking someone to answer phones, order supplies and organize files, she might hire an administrative assistant. But if it’s work-life balance someone is after, a work assistant is the way to go.

I started with a virtual assistant and later brought the position in-house. I’d be lost without my sidekick, who schedules my meetings, plans my vacations, arranges my dental appointments and even straightens out errors on my Verizon bills. On average, my assistant saves me about 15 hours a week.

When a message comes in, the initial reaction might be to respond. But when an entrepreneur relies on an email management system, he is no longer tethered to the inbox.

One of my choice tools is Boomerang for Gmail. Let’s say three emails come in, but I’m too busy to respond just then. Instead of potentially losing them in the black hole of the inbox, I can “boomerang” the less critical messages to a more appropriate time, such as two hours or even a week later. Boomerang saves me an average of five hours every week.

Related: 7 Productivity Hacks for a Workplace That Delivers

4. Send a text message from a computer.

I might spend at least an hour a day sending work-related text messages. Being nothing but thumbs, I type way faster on a keyboard, so syncing my phone with my computer has been important. Motorola Connect or Apple’s Continuity are both great options. This probably saves me two hours a week.

It’s possible to figure out who’s calling if that person’s name has been entered into the phone. To figure out the identity of other callers, download a caller ID app. I use Current Caller ID & Block for my Android, which connects with LinkedIn and Facebook to identify whether the phone number is associated with a connection. Of course, it also lets me screen my calls, saving me at least 30 minutes a week that would be otherwise spent talking to telemarketers.

These hacks let me to get more work done, but more important, they do two other things: They provide me peace of mind and added clarity because I know things are being handled, and they free up time for me to live my life.

Collectively, these save me 30 to 40 hours each week spent on busywork. Instead, I have the chance to run, catch up with friends and maybe even spend time at the park down the street. I still believe working hard is the key to success for an entrepreneur, but it’s even more important to work smart.